Microsoft just announced what has been rumored forever: a formal offer for Yahoo. Microsoft’s proposal to Yahoo’s board of directors represents $31 per share (a 62% premium over yesterday’s closing price) or about $44.6 Billion. Steve Ballmer, CEO and big fan of developers, says, “We have great respect for Yahoo!, and together we can offer an increasingly exciting set of solutions for consumers, publishers and advertisers while becoming better positioned to compete in the online services market.” Apparently, the deal was laid out in a letter sent by Ballmer to Yahoo’s board just yesterday. Seriously. The letter confirms that the two giants have been discussing the topic since late 2006. It also appears to be a direct response to the Google threat as outlined in the following paragraph:

“Today, the market is increasingly dominated by one player who is consolidating its dominance through acquisition. Together, Microsoft and Yahoo! can offer a credible alternative for consumers, advertisers, and publishers.”

The deal, of course, rests with the two coming to a “merger agreement” and Microsoft (and Yahoo to a limited degree) having the time to conduct the required due diligence. Microsoft is ready to begin immediate discussions and have a draft merger agreement ready for consideration. So Yahoo, ball’s in your court. The world is wondering… what will you do?

This a fix for a JavaScript-based PNG fix for Internet Explorer 5.5 and 6 on Windows. The fix allows IE to properly render PNG alpha transparency.
Why only versions 5.5 & 6? Because Windows IE versions prior to 5.5 do not support the filter which fixes the PNG problem, and version 7 does not have any issues on displaying png images.

END_OF_DOCUMENT_TOKEN_TO_BE_REPLACED

I recently tried to install SP1 on a system with Windows Vista Ultimate (OEM Hack) 🙂 !! DELL OEM Distribution.
I read many stories about successful installations. I tried it myself to see what happens.

1. Downloaded the SP1 from the official Microsoft’s site.

there where 2 phases of install. First Of all it began with creating a restore point. (I thought that if the system was locked could I restore my system on a hacked state ???)
In the 1st phase of update took about 15mins on a (Core 2 6400 / 2GBRAM ) – Divided in 3 stages.
The second phase took about 10 min, displaying progress in windows welcome screen.

4. Connected the network cable back in place.

5. After a week the system still shows Activated.

I ll soon post any tweaks for better perfomance and overriding the stupid confirmation dialog. 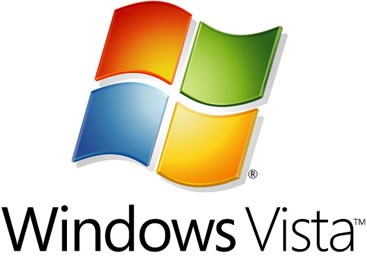 END_OF_DOCUMENT_TOKEN_TO_BE_REPLACED

Lately i had to make firefox allow more simultanious downloads than it can (default value is 3). In that point i want to note that firefox can allow
These are some quick tweaks you can add to firefox browser.

First of all open a tab on your Firefox browser. In the address bar type:

about:config and press enter. You ll see something like this…

END_OF_DOCUMENT_TOKEN_TO_BE_REPLACED

I was recently bought a new external Drive for storing my files, project, works ect. First thing i did was to copy my WampServer Directory to the new hard disk drive so i could continue my work. After a few minutes i came back to check if everything went well and i saw this….

END_OF_DOCUMENT_TOKEN_TO_BE_REPLACED

The new vista service pack announced for some time now .. Now is actually ready and I had it in my winodows update list….

If you want to download the standalone package go : x64 | x86

Things to know before you download Windows Vista SP1

END_OF_DOCUMENT_TOKEN_TO_BE_REPLACED

One of the most used framework for making your web application more live, interactive. There is been a while since I run into it, but recently I decided to use it. Main reason is when i saw the sits that actually use the jQuery framework. Take a look here and you ll be suprised by the big company names.

END_OF_DOCUMENT_TOKEN_TO_BE_REPLACED

A good place if you want to experiment with CSS.

I couldn’t find anything applicable, pretty enough, but i found great ideas i used to play with css properties and stuff I couldnt’t believe is possible with plain CSS elements styling.